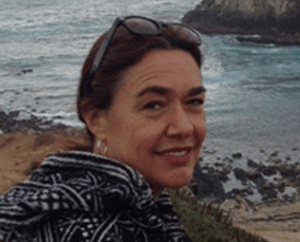 Silvia is a dynamic intercultural educator and facilitator, founder of Senti-pensante Connections; an international consultancy based in Santa Cruz, California. Senti-pensante is a Spanish word which represents the essence of Silvia’s intercultural work, the combination of sentimiento (feeling) and pensamiento (thinking), a holistic framework that facilitates self-reflection, connection and powerful conversations at the level and depth needed to address the complexities of our modern world. Her work emerges from decades of personal, intellectual and spiritual self-exploration and a commitment to bridging the realms of inner work and social justice. An inspirational trainer and speaker, Silvia invites her audience to grapple with both the intellectual and emotional complexities of culture, bridging mind and heart and opening the diversity conversation in a safe culturally relevant way that integrates the lived experiences of participants and invites all voices to be heard.

Before founding Senti-Pensante Connections, Silvia spent over 10 years serving as the Latino cultural liaison and grief support counselor at Hospice of Santa Cruz County, where she provided direct services to the community as well as cultural competence and diversity training for hospice and clinical staff.  In 2014 she was awarded the Community Assessment Project Community Hero Award in alignment of the CAP health goal of access to healthcare for all members county-wide.  Her hospice work was featured in the book “Changing the Way We Die. Compassionate End-of-Life Care and the Hospice Movement”(2013). She presented on Latino access to hospice care and supporting grieving Latino youth at national and regional conferences including those hosted by the National Hospice and Palliative Care Organization and the California Coalition for Compassionate Care.

Silvia is originally from Buenos Aires where she grew up and studied Graphic Design at the University of Buenos Aires before emigrating to the United States in 1998.  She studied Digital Media and Web Design at Cabrillo College, and has a master’s degree in Counselor Education from San José State University. She serves on the Board of the Community Action Board of Santa Cruz County, and holds a black belt in Aikido, the martial arts of peace. 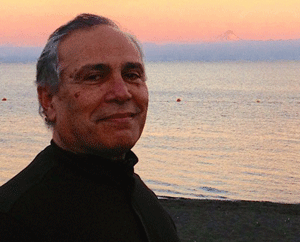 Fernando Leiva is Associate Professor in the Department of Latin American and Latino Studies at the University of California Santa Cruz. Co-creator of “Building an Inner Sanctuary.”

Born in Santiago Chile, before becoming as a US-based academic, Fernando was actively involved with Chile’s popular education movement. As mass mobilizations against the Pinochet dictatorship multiplied, in 1985 he co-founded Taller PIRET, a Santiago-based collective dedicated to problem-posing education on issues affecting the lives of Chile’s urban poor. Working with women’s shantytown organizations, youth groups, unemployed workers’ organizations, and Christian-base communities, the PIRET collective led by Fernando, engaged in a multi-faceted popular education praxis seeking to “strengthen grassroots organizations by promoting educational processes which empower them to play an active role in the shaping of a more just society.” These community-based educational experiences spanning more than a decade and a half, indelibly shaped his later work as an economist and as trans-disciplinary faculty member first at the State University of New York (SUNY), where he led the creation of the Globalization Studies Major, and more recently at the University of California Santa Cruz. 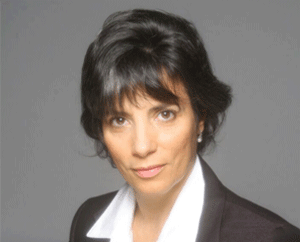 Explorer of joy’s organic footprints upon the body. Researcher on wellness issues, enthusiast of the connection between neural and social networks as a means for brightening the world and building bonds of companionship. Alejandra is a radio journalist, poet and mother; holds a degree in Advertising, was invited to study Cognitive Neuropsychology, and deepened her studies in Gynecopsychiatry at Favaloro University.

A university professor, she created PANCOE, a successful educational method combining communication, cooking, new technologies and neuroscience, shortlisted by the QS Star Awards “Reimagine Education” organized by the Wharton School of Business at the University of Pennsylvania. Starting from the paradigm of reward as a driver of life and expansion of personal talent, her talk invites to generate daily endorphine training practices that accentuate how the body tracks joy, thus expanding the scope of feelings of affection, warmth, enjoyment and pleasure to ultimately reach a state of sustained fulfillment. Expected results from such practices are: calmness, restfulness, increased cognitive ability, strengthened enthusiasm and the synergy of collective-based intelligence. Director of Altax Productions and host of “La Casa Azul”, space dedicated to the training of peace and science through the senses in the Buenos Aires neighborhood of Flores, Argentina. 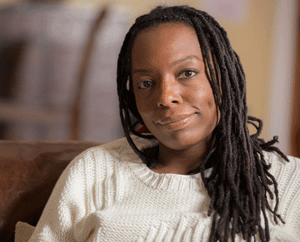 Lakia studied Literature at UCSC with an emphasis in World Literature Cultural Studies; and Feminist Studies with an emphasis in Law, Politics, and Social Change. Former Project Administrator at New Teacher Center and Administrative assistant at UCSC Women’s Center, she also held a place as the Vice Chair for the Santa Cruz Commission for Prevention of Violence  Against Women.

A mother and long-time resident of Santa Cruz, Lakia has shared her gifts and insights with the Santa Cruz community for many years.  She strives to connect with and touch the hearts and minds of everyone she comes in contact with; to share stories with others from all walks of life and with different cultural perspectives to find the common thread that connects us all together.

She is a core member of Santa Cruz County Community Coalition to Overcome Racism (SCCCCOR), a local non-profit in Santa Cruz, CA, that seeks to dismantle racism through educational events and forums within our local community.

She has made it her life purpose to bring and share a wealth of knowledge and experiences from her own personal life journey and from those that came before her. She encourages and inspires others to seek and explore the deepest parts of themselves to discover and acknowledge their own inner strengths and wisdom, as well as their potential for growth and improvement, as they continue in their paths of self exploration. 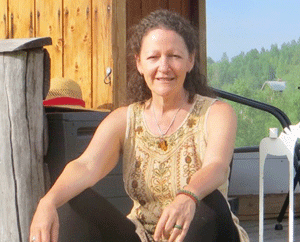 Lorenia Parada Ampudia, a Life and Relationship Coach, designs and facilitates bilingual self-care and well-being psycho-educational programs for education and health professionals and parents in the Bay Area, Watsonville and Santa Cruz, California. She is a Mindfulness Based Stress Reduction (MBSR) teacher in training. Grew up in Sonora, lived in Mexico City as a dedicated professor of Psychology for more than 10 years, as well as a pioneer in Feminist and Gender Studies at the largest university in Latin America, the National Autonomous University of Mexico (UNAM), where she co-foundes and coordinated, among other organizations, the Centro de Estudios de la Mujer and the Programa Universitario en Estudios de Género (PUEG).
More recently, Lorenia has been acknowledged as a leader in the field of awareness practices and mindfulness training. Based in San Francisco Bay Area, she supports clients and organizations in the USA and Mexico through a highly effective leadership training style that integrates transformative learning, mindfulness, emotional intelligence and body consciousness. 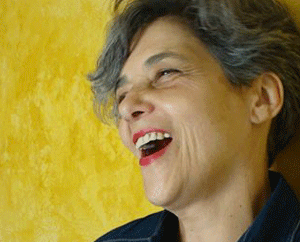 Silvia graduated in Clinical Psychology, Universidad de Belgrano in Buenos Aires Argentina. She has 35 years of experience in Individual and Group Therapy. She specialized in Bioenergetics integrating body and mind, worked as a coordinator and facilitator of Bioenergetics workshops, and is an Astrologer, Reiki Therapist, Ancestral and Contemporary Healing Techniques and Kum Nye Yoga practitioner. Silvia has lived in California since 2014. She holds a Black Belt Aikido 2nd Dan, and is an Aikido Teacher at Bay Marin Aikido, San Rafael California since January 2015.